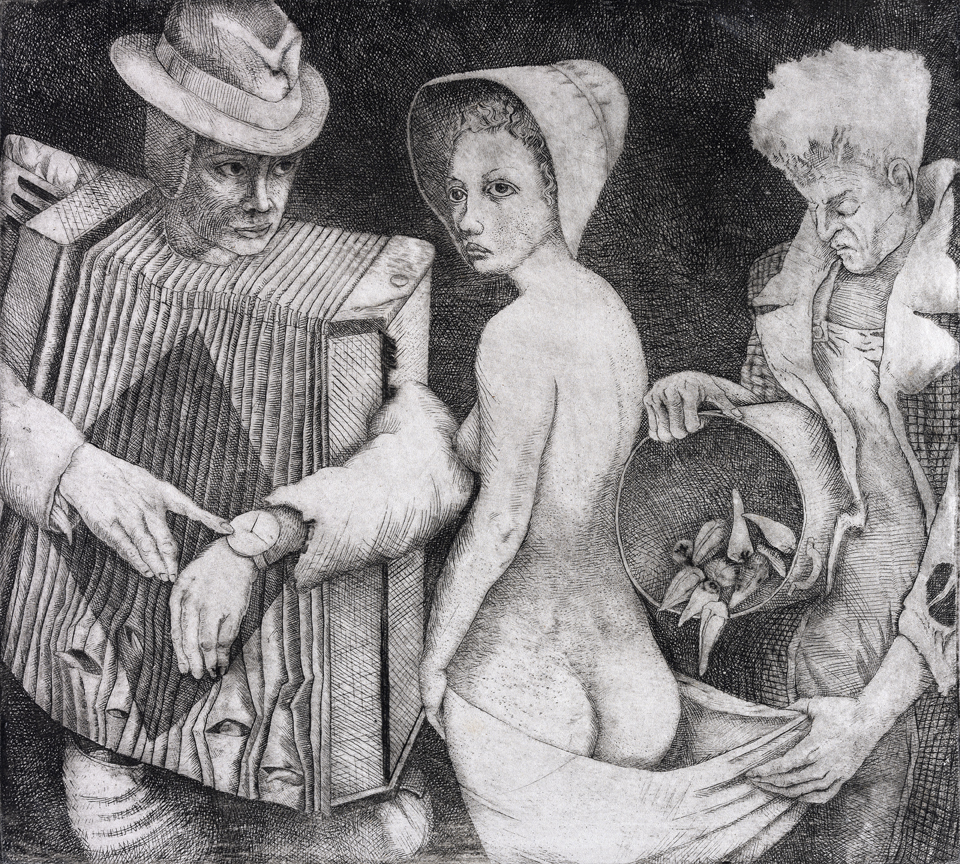 Our main exhibit features many favorite copperplate engravings from over the years, a medium Henryk has mastered through due diligence, celebrating the Song of the Line. Born and raised in Poland, Henryk spent eight years in his early adult life on a remote farm in West Virginia, developing a keen appreciation for the natural beauty of our land after deciding against a life in the New York art world. Since 1985 he has been based in Hillsborough and splits his studio time between painting and engraving.

The aura of his pictures grows from his love of objects and the living world, and a desire to show places and scenes on the periphery. His vision is of a fertile, abundant world in dizzyingly rich detail and inhabitants connected in mysterious ways by mythical folklore, physicality, and personal struggles.

The cotton fields grow preachers, women in fancy dress roll collards into cabbages, okra smugglers prepare for customs, and a yearning for connection is evident in the subjects moving through what often appear to be strange dream worlds. Along with triumphs and celebration, there is wear and tear.

This exhibit will offer a rare opportunity to see a wide range of engravings, including several larger ones rich with narrative stories. Metal engraving is one of few artistic techniques that is absolutely direct. Like a draftsman or a painter, the engraver has to present his vision with the end of a simple tool. It requires an unusual patience and love of the fluent line. Henryk’s works demonstrate both a mastering of the craft and a unique artistic vision where the dark humor and carnival of Eastern Europe fuses with a Southern gothic through a magical realism.

This exhibit features three paintings, including “Nenufarium,” Henryk’s newest painting which he has been working on for over a decade and which showcases some of the beauty and rural iconography of the Face of the South which has been disappearing in recent years.

In the front space, we have have four works by Louis Watts from his Sign subseries of his Ship Minerva body of work. These works are drawn hashtags, repeated and repeated, and paying homage to truckstop signage in a quietly sly way attempting to comprehend our discreet human experience alongside billions of others experiencing their realities simultaneously. Louis says… “I like to think of each of these little hashtags as representing an individual’s scream into the all-consuming algorithmic void…”